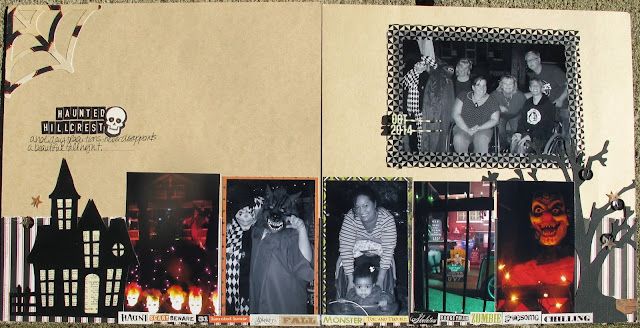 Hello! Today I wanted to share a couple of Halloween themed layouts I made with pictures from last October. I am also going to share my tips for using lots of photos at one time-something I do pretty often. What I love about these layouts was it showcases alot of photos and used almost exclusively paper scraps! It was time intense, but I was in the mood to just play around for a while, but I didn't buy any new paper to do it-I just used a few pieces of 12x12 cardstock and a bunch of paper scraps. 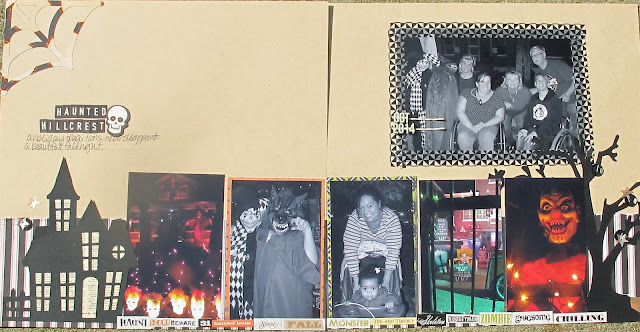 For this layout I cut a haunted house and spooky tree from black card stock. I cut a spiders web from a piece of older Making Memories paper. It has a bit of orange glitter that gives it a little pop. I wanted to include a lot of photos, but that can make a layout look a bit of a mess, right? To combat that I trimmed 4 of them down to a 3x4 size with just the most important parts, then lined them up along the bottom. I layered them over a long strip of striped paper. Over that I added sequins and some leftover word stickers (behind the haunted house I added some off white paper to make the 'windows'). To balance the business of the bottom I kept the top of the spread simple- One large photo, the spiders web and some journalling. 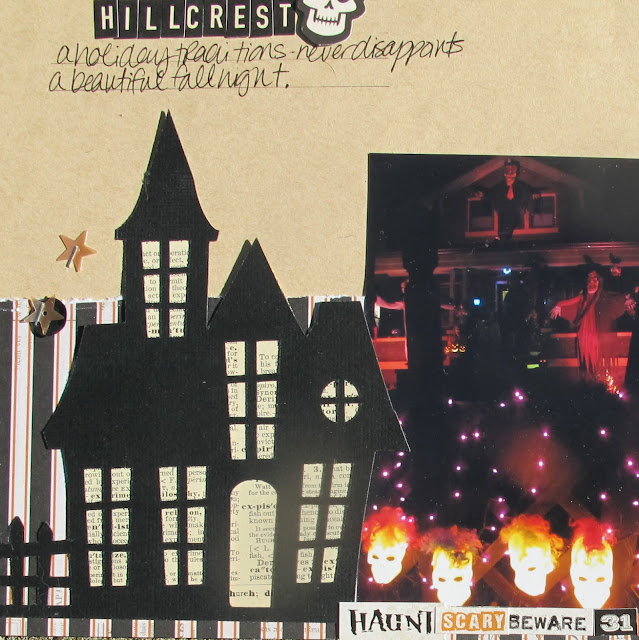 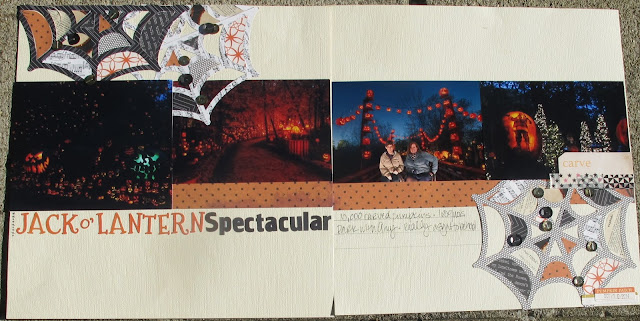 For this layout I cut more of those spiders' webs from patterned paper. This time I filled in the 'holes' with little bits of patterned paper. I even used the cover sheet from an October Afternoon pack that had little squares of pattern. The small size was great for filling in! 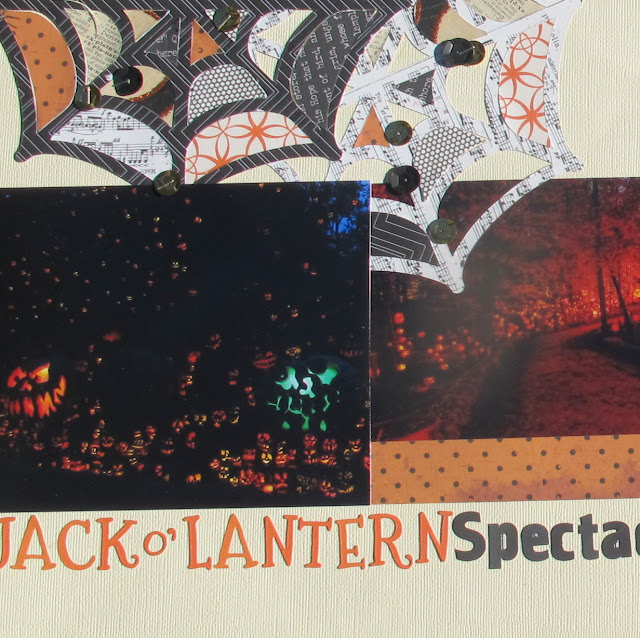 This layout also had a lot of pictures (I take a LOT of pictures in October), so I cut them to a uniform size, except the first one that is a little larger to create an 'anchor'. I lined them up and anchored the whole strip with a small strip of paper. Added a few sequins, a few bits of paper and washi tape, and then old letter stickers (luckily I add enough to spell 'jack o lantern ; ) )

HOT WHEELS TIP (for using lots of photos on a layout):
- trim photos to a smaller size to cut out blank empty space and focus on the most important part.
- Choose photos with similar color schemes and patterns
- Use white space in the layout to give the eye a place to rest
-Anchor your photos visually- Either with a paper border, words, or something that groups the photos together. Don't let them just float in space in a random matter. 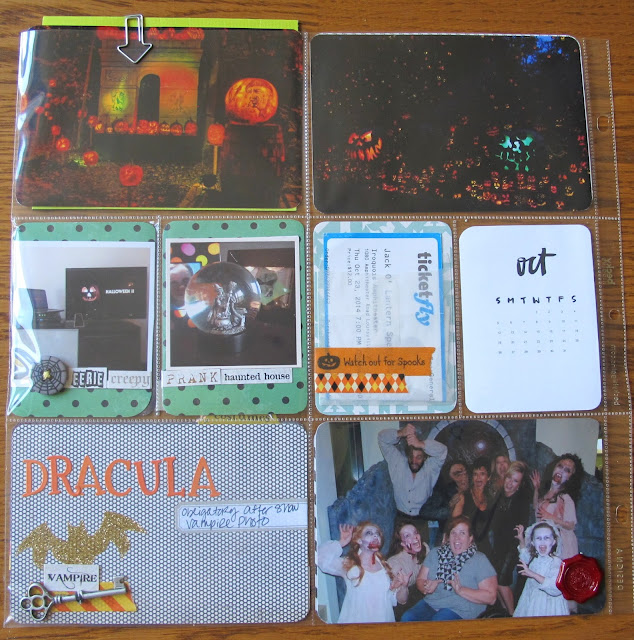 In this post I talked about how I mix traditional scrapbook pages with a couple of Project Life pages each month.  This was my page from October 2014. I am a Halloween dork, y'all. Last year I: decorated my condo, watched the original Halloween movies, saw a live performance of Dracula ,and went to a really Spectacular Jack of Lantern exhibit. Again, I just used paper scraps in colors that went with my pictures-not necessarily from a Halloween line! I also used leftover bits like: a key, a glitter bat, a wax seal (from a Harry Potter sticker set) and some buttons. 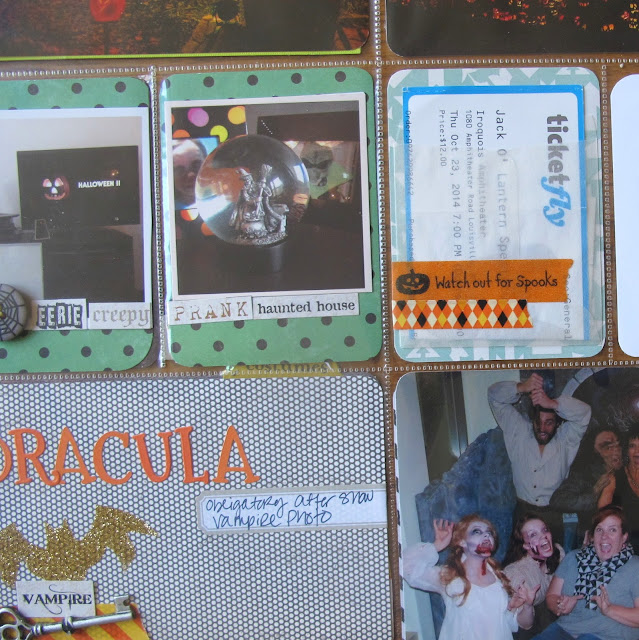 Thanks for stopping by! If you have any questions about what I talked about here, please leave me a comment.