The Perfect Cards for the Imperfect Situation *Warning- Adult Language Ahead* 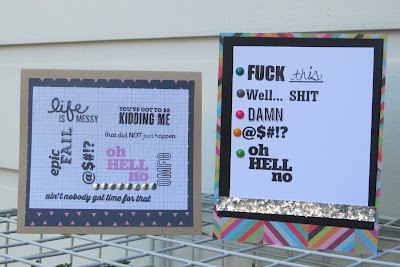 Some days just don't go well. Some days, well.....they suck. Somedays deserve a card that will make you smile.  That was my motivation for making this set of cards. From Twitter I found out about Studio l2e stamps. This girl is my scrappy soul mate, I'm pretty sure. I ordered this one, this one and this one. All  hilarious (and slightly off color) sentiments.  I can see myself using them over and over again, in cards and in my scrapbook! Check it out: 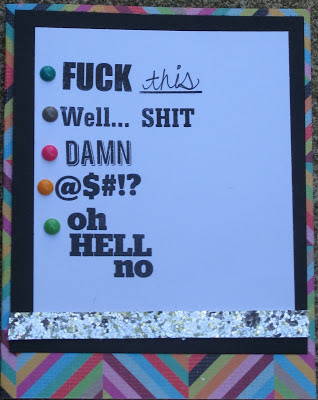 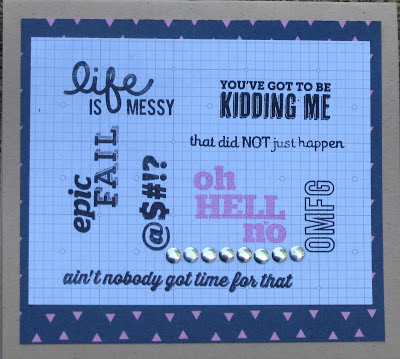 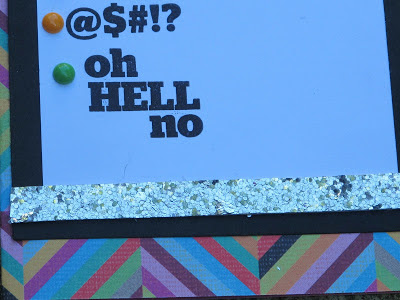 Email ThisBlogThis!Share to TwitterShare to FacebookShare to Pinterest
Labels: cards, I made this, Look at This

I am Mariam used every single spell worker on the internet, spent untold amounts of money and discovered they are all fakes...i was the fool though; doing the same thing over and over again and expecting different results. In the end, I decided that I wanted a tarot reading to know what my future held for me; I contacted a woman who lives locally to me and she told me about a man named (Priests Irumole); he does not advertise on the internet, has another job for income, has no set prices, makes no false promises and refuses to help anyone that cannot be helped and even helps
for free sometimes, he will give you proof before taking money. He is a wonderful man and he was the only person who actually gave me real results. I really hope he doesn't mind me advertising his contact on the internet but I'm sure any help/ extra work will benefit him.contact him as spirituallighthealing101@live.com He travel sometimes.i cant give out his number cos he told me he don’t want to be disturbed by many people across the world..he said his email is okay and he’ will replied to any emails asap,love marriage,finance, job promotion ,lottery Voodoo,poker voodoo,golf Voodoo,Law & Court case Spells,money voodoo,weigh loss voodoo,any sicknesses voodoo,Trouble in marriage,HIV AIDS,it's all he does Hope this helps everyone that is in a desperate situation as I once was; I know how it feels to hold onto something and never have a chance to move on because of the false promises and then to feel trapped in wanting something
more.