Happy Trails To You. 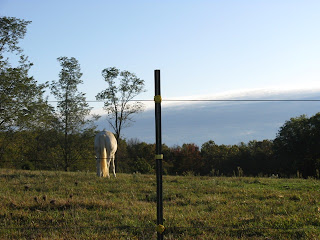 the view on the way to my brother's new cabin on Rough River.


I am sad to report that my laptop is officially dead. Something about a fried out Motherboard that is cracked and beyond repair...blah blah blah. WAAAH! I so do NOT want to shell out money for a new computer right now! I am going to try and score a deal the day after Thanksgiving, but, until then I probably won't be blogging too much. Too hard to get to a computer. As I visit you today, I am typing on a bright yellow PC with a turtle on it in the children's section of the library. nice.

However, I have had a lot to share a lot going on, so I will leave you with a few pictures: 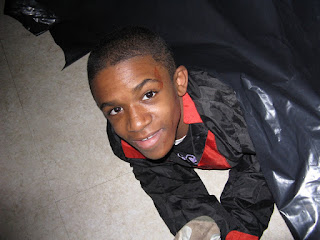 My friend BJ in his debut as a haunted house ghoul. Yes, he is under a table. No, I don't know why. =)

Haunted Hillcrest Avenue, a street near my apartment. Man, I love living here this time of year. 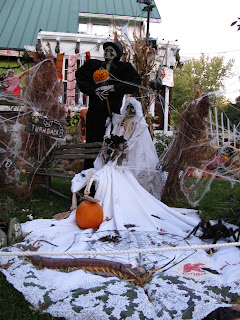 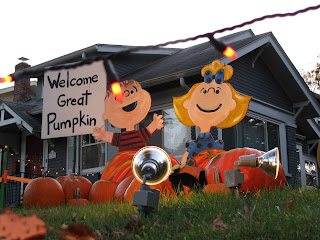 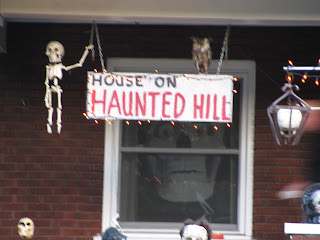 And lastly, my dear friend Marianne is getting married this weekend. Last Friday we celebrated the upcoming nuptials with a nice dinner at Ramsi's. Marianne got inappropriate with an equally inappropriate magician who visited our table. I told her I wouldn't put her picture on my blog. 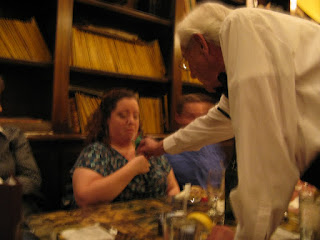 Have a great Halloween! See you soon!
Posted by Hot Wheels and Glue Guns at 6:43 AM